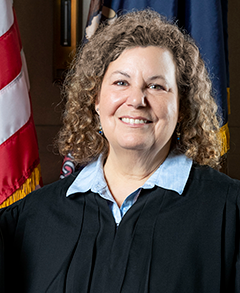 The Supreme Judicial Court is the State's highest court and the court of last resort. It has seven justices, presided over by the Chief Justice, who is the head of the Judicial Branch. The Court has two major roles.

Second, the Court governs the Judicial Branch. This includes making policy and procedural rules that govern all state courts, admitting lawyers to the practice of law in state courts, and regulating conduct of lawyers and judges.

The justices also issue advisory opinions on state law to the Governor or Legislature when requested on "solemn occasions."

Monday through Friday 8 a.m. to 4 p.m. except for Court Holidays, Administrative Weeks, and closings due to storms and other emergencies.